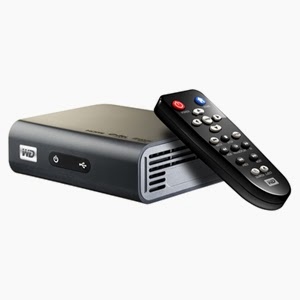 I got bored yesterday and bought a Western Digital TV Live network media player, to replace my weird Xbox360 bridged over a Squeeze Box media playing solution in my bedroom. To make it wireless I also had to get a Wifi dongle, namely a TP-Link 300Mbps TL-WN821N.


So, well, it's working but I have to use component connection and it sometimes drops the wifi signal. So what's positive?


Bottom line... Unless the dropped wifi becomes a more serious problem, I'm generally very satisfied with my purchase. I also considered the Xtreamer, and according to most accounts they seems to be very similar. What finally made me decide on the WDTV was the fact that it, unlike the Xtreamer,  can use HFS+ formatted drives (though I haven't tried yet). And also that it was slightly cheaper and available at my local retailer (I would have had to order the Xtreamer online).
Posted by Unknown at 20:59 6 comments:

There are lots of subscribable calenders out there, but somehow they always seem to be missing some more obscure but still important days. For example, you wouldn't want to miss the start of Daylight saving time, or valentines day.

So I've made my own calender generator (admittedly inspired by ical.oops.se)! For now it will be most accurate for Swedish and Swiss holidays, but more will be added later. Try the subscribable calendar/ical generator here!
Posted by Unknown at 00:15 No comments: Links to this post

As has been already mentioned in the comments to my last Unison Unicode post, native Unicode support is now available in the development version av Unison. Up until now however, I had been sticking with my home brewed version, in the spirit of "if it ain't broken, don't fix it". But as problems with AppleDouble files started to surface, a bug has been fixed in later versions, it was time for to update.

Step 1, OSX binary: Couldn't find precompiled ones, but as I already had OCaml installed I just checked out the latest trunk and compiled with "make UISTYLE=text". If you want to avoid this hassle you can just get my binary here: unison-2.39.0-osx.zip (compiled under MacOSX 10.5.3, 568 kb).

Step 2, Win32 binary: Actually there are two options here. Initially I tried the precompiled binaries provided by Jérôme Vouillon, but the problem with the native win32-version is that it doesn't support symbolic links! Turns out I had lots of those, so that wasn't really an option. The other alternative is to run Unison from Cygwin (which I need for sshd on the Windows side anyway). That way symbolic links are supported (cygwin creates Windows style ".lnk" files, but Unison doesn't know this and assumes they are real symbolic links).

That means I have to compile Unison myself under Cygwin. Luckily this was surprisingly simple, just install Cygwin with packages "make" and "ocaml", check out the Unison trunk, and run "make UISTYLE=text" again! As before, if you want to avoid this hassle you can just get my binary here: unison-2.39.0-cygwin.zip (compiled under Cygwin 1.7.1/Win2k3 32bit SP2, 564 kb).

Step 3, update scripts and synchronize: Once this was done, I just modified my scripts to use the new binaries (note that I'm no longer using the unicode-hack for cygwin) and everything worked! Unicode support is completely automatic!

My thanks go out to all the developers of Unison!
Posted by Unknown at 20:51 No comments: Links to this post